While on our trip to Arkansas last year,  we set out one day,  to hike a trail known for its beauty and landscape.

I showed you a picture before, but here it is again. 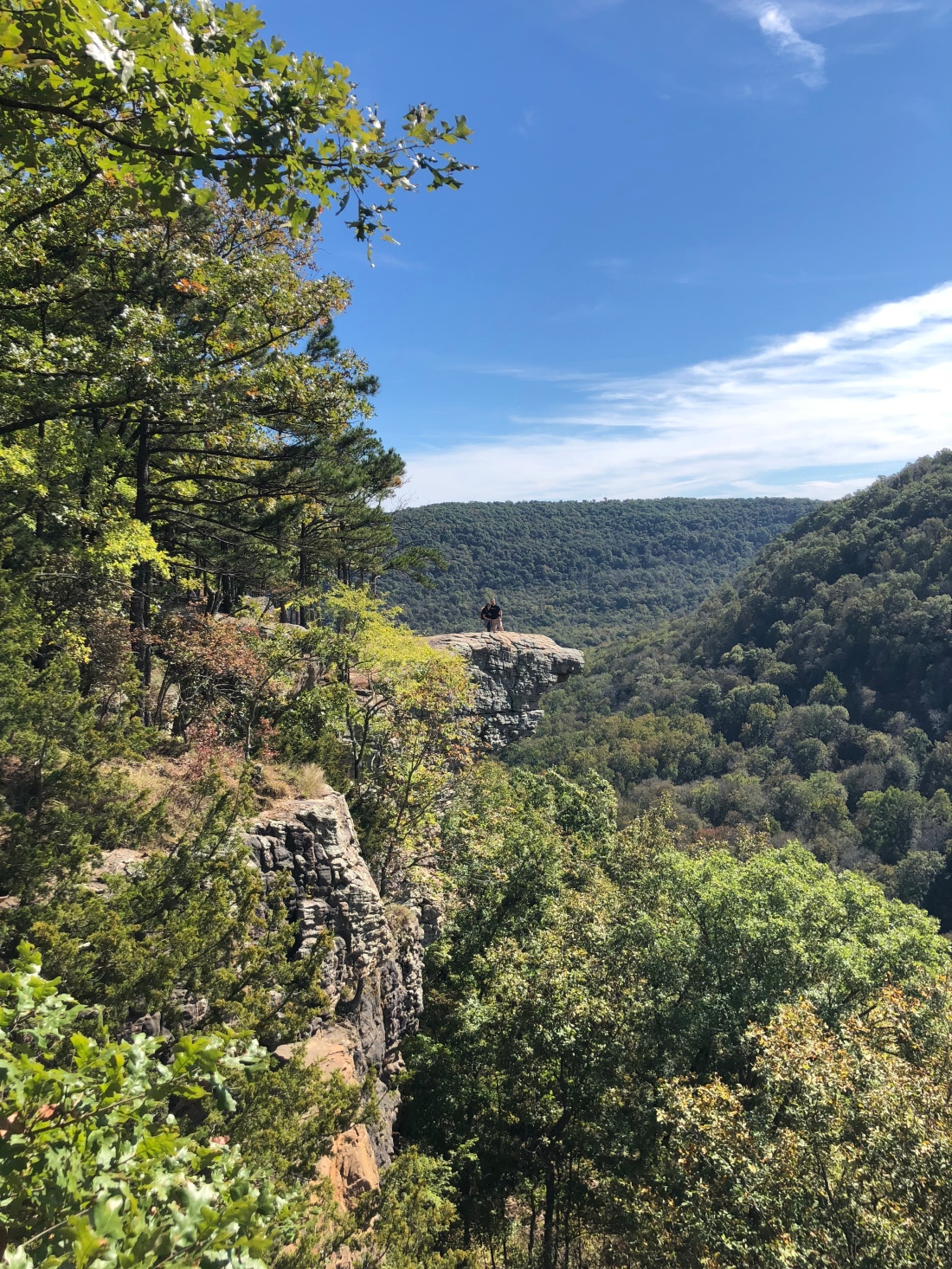 I started writing this then, but just recently the Lord told me to go back and dig out the old wells…

Remember, that’s what God told Issac to do concerning the wells that Abraham, his Father had dug.

And Isaac digged again the wells of water, which they had digged in the days of Abraham his father; for the Philistines had stopped them after the death of Abraham: and he called their names after the names by which his father had called them. Genesis 26:18

I have about thirty-six blogs that I’ve started and not finished.

Life stopped them up.

The cares of this life.

Jesus said they would choke the Word.

So this is the first one.

The first of the unfinished.

I believe He wants me to get to the “bottom” of my experience these past several months.

This blog is no coincidence.

Ok, back to the trip…

Here we are on what seems a God forsaken road, having missed the exit once already, because the turn looked nothing like what we would have expected to be a part of the county.

This road appeared to be something like on Ice Road Truckers, only we weren’t on ice, we were on red clay.

How could anything beautiful be this far back and this hard to get to?

But after the hard turns,

(and the two deer standing in the road on our way, a “taste of the beauty to come”)

And you know what?

We couldn’t believe our eyes.

There were cars with license plates from New York, and Texas-

people from all over the U.S, had come to see the sights.

They too, had heard of the beauty, and embraced the rough to find the diamond.

These past few months have been rough. Probably the most frightful, and at times, seemingly God forsaken,

but because His Grace drew me, and didn’t allow my heart to quit,

I’ve found a Diamond at the end of my travels.

Jesus is His Name. Love is who He is.

Yes, at the beginning I had hope of seeing beauty with Jesus.

You know, how you set out for something and it’s all bliss?

Just like the Hope of the scenery, we had heard tell about.

I had asked God previously, before embarking on this journey, to rid me of all fear, and anything in me, that would keep me from completing my task with Him here on this earth.

Its funny how you think God won’t find anything….

That’s religion by the way.

It thinks that what we hide is hidden even from God, covered up by our Sunday worship and all the things “we do” for Jesus.

Until I got to that first “hill.”

Just like the one my husband and I came to on our way to the diamond.

We didn’t know if our little car could pull it.

Don’t think we didn’t question turning back at that point.

Is this really worth it? We thought.

I know that there are some brothers and sisters right now who are wondering the same thing.

Is this marriage worth it?

Is this walk with Jesus?

Yeah, I said that.

When the road to get there seems too hard to travel, we are tempted to give up and just turn around.

But for me, and my husband, we knew of people who had made it!

That gave us hope.

One person in particular, that gave me Hope in the Word of God,

who had found the diamond (the Love of Jesus)

was John…. who had the revelation of Jesus.

This is what He said that caught my attention;

6 And we have known and believed the love that God hath to us. God is love; and he that dwelleth in love dwelleth in God, and God in him.

This is wedged in between these verses;

Whosoever shall confess that Jesus is the Son of God, God dwelleth in him, and he in God. (Knowing Jesus is your Savior)

It’s one thing to know of or about something,

But its another to believe ,

because you’ve experienced it yourself.

Yes, the road for me was long, seemingly God forsaken, uphill and winding.

But had I not travelled it, I wouldn’t have experienced the diamond-

The Love of God that supersedes just mere knowledge.

I now, know, and believe, the Love that God has for me.

And His Perfect Love casted out Fear.